Highlights and Winners of the Mobile Games Awards 2018

Highlights from the 2018 Mobile Games Awards 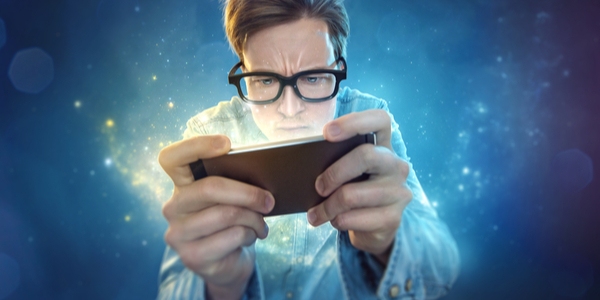 The winners of the first ever Mobile Games Awards have been revealed, showcasing the year’s best mobile games and developments in this $50 billion industry. Created in association with Game Insight, the awards were held at a sold-out gala event in London and presented accolades in 15 different categories, including the coveted Game of the Year and Pocket Gamer People’s Choice. So who scooped the top awards?

Game of the year: Golf Clash by Playdemic

Golf Clash has been hailed as one of the best android games on the market and also won Game of the Year at the International Gaming Awards. Players can test their golf gaming skills on beautiful courses against opponents from all over the world, taking part in tournaments and challenges, as well as one-on-one games. Golf Clash features an excellent shot system and live chat for players, as well as upgrades to unlock better golf clubs and tours. The game has had over 10,000,000 installs in the Google Play store since its release in January 2017 and has thousands of live players online waiting to be challenged.

Augmented Reality, whereby virtual objects are overlaid into the physical world using a phone camera, is big news right now. Apple are getting in on the action with their ARKit, a set of software tools that enables developers to build AR apps for iOS. Although most people will never actually use the ARKit themselves, they’ll benefit from the apps that were made using this innovative technology.

This single-player puzzle game boasts match-3 mechanics and detailed storylines full of twists. Players are tasked with restoring a garden, searching for hidden items and accessories along the way to customise their design. There’s a cast of characters to engage with, including Austin the butler, and settings like old mansions and mazes. Players can also interact via an in-game social network and take part in Best Garden contests. Gardenscapes was released in August 2016 and has over 50,000,000 installs on the app store. The game is free to play and available on iOS, Android, Mac OS, Facebook and through your browser.

The CEO of Super Evil Megacorp Kristian Segerstrale was given the Mobile Legend award for his pioneering work in the mobile games industry. Segerstrale has founded some of the sector’s top companies, including Macrospace and Playfish, and was the director of Supercell.

Dragon Project was only released in August 2017 but has become a fast favorite with players, winning the People’s Choice category and an Android Excellence Award. The game tasks players with protecting their kingdom, Heiland, from dragons and monsters, teaming up for co-op battles with up to four players. Features include a host of weapons and armor, as well as a cast of memorable characters such as Boldon the blacksmith, Axel the fixer and baby dragon Linton. With 3D graphics and effects, Dragon Project is available in eight languages and has an easy one-finger play function. The game has had over 1,000,000 installs on the Google Play store and is free on Android and iOS, with optional in-app purchases.

Unity is a cross-platform game engine which can be used to build two and three-dimensional video games for consoles, mobile devices and computers. The new Unity 2018.1 has enhanced core technology and boasts features such as superb graphics rendering, artist tooling and next-generation runtime. The basic version is free and tools include multiplatform support and tutorials, with an all-in-one editor for Windows and Mac.

This round-up of the 2018 Mobile Games Awards and best iOS games was brought to you by Rivers Casino. Download the free Rivers Casino app on Android or iOS and enjoy a wide range of new and classic Vegas slot machines and casino games including Baccarat, Blackjack, Roulette, Texas Hold ‘em Poker and much more.