Why Are Netflix Blocking VPNs? 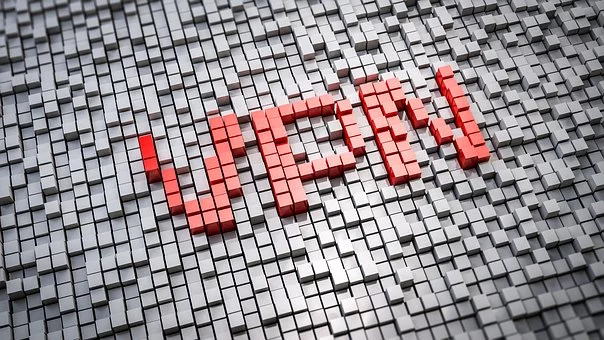 Free for commercial use

When it comes to video streaming services, there is no denying that there is one company dominating the market; Netflix. Netflix has quickly become one of the most sought-after online video platforms since it was launched back in 2007. By the end of 2017, Netflix was available in over 190 countries. In addition, the platform has over 125 million subscribers. One of the reasons why Netflix has grown by staggering proportions is its ability to offer customized content to every country. As such, its content varies wildly and is translated into a myriad of languages.

Why People are turning to VPNs

Specifically, the platform offers a lot of content to subscribers in the United States. The content that is meant for the users in the United States also varies widely in terms of diversity. This gap in the availability of diverse content makes people from other parts of the world to feel shortchanged. In addition, everyone pays the same amount of money for a Netflix subscription. Everyone wants access to the ‘good stuff’, just like the American people. In the quest to level the playing field, most of the subscribers have now turned to use VPNs. A VPN allows you to access the content for any country in the world, regardless of where you live. However, it is getting harder to access this content since Netflix is restricting the use of VPNs. Even so, VPNs are still some of the most reliable tools when it comes to bypassing the geographical boundaries and unlocking the full catalogue.

VPNs aren’t only used by individuals who are looking to enjoy entertainment options from all over the world. A lot of home workers, as well as those working in the spaces that have been designed for coworking for startups and small businesses, will use VPNs. This is because they will usually be communicating with individuals from all over the world, and so they need to make sure they are going to be able to access the same platforms as others, whether this is Netflix or something else!

Nowadays, TV has become incredibly lucrative. A few years ago, the Hollywood elite saw TV as the ugly sister of movies. Times have now changed, and most of the Hollywood stars now appear on TV. Since people can now subscribe to Netflix, they can watch their favourite shows on TV. Netflix is able to fund the playground of creativity since it has very deep pockets. In addition to the actors, the scriptwriters, directors and producers want to be where the action is. Since a consumer can now stream these movies directly to the laptop for a fee, this market has grown tremendously. Netflix can now avail this original content to millions of subscribers across the globe.

Netflix would prefer to access all the TV shows and movies to every country as that would make these services more popular and appealing all over the world. However, Netflix does not work alone. The video streaming platform invests heavily in the production of original content, but it cannot do without the partners. The partners help to create volumes of content that reaches millions of people across the globe. As such, there are lots of copyright holders that place restrictions on this content. That is the main reason why Netflix has blocked VPN services.

How the Copyright Holders make Money

The partners produce the content that appeals to a specific region. Such an approach gives Netflix the diversity it needs to become one of the world’s largest entertainer. The content producer’s aim is not to entertain the world with the best shows, but to make money. In order to make money, the copyright holders must change their tactics. Instead of working with one broadcaster, they strike deals with several distributors in various countries. For example, a copyright holder will license its content to Foxtel in Australia, Sky in the UK, cable TV in New Zealand and Hotstar in India, among others. In order for each of the lucrative deal to work, the distribution rights must be honoured.

How the VPN Ban Works

For a long time, people from all over the world used VPNs and proxy services to circumvent the geographical blocks. By masking their IP addresses, everyone was able to replace the address with one in the United States and gain unlimited access to the Netflix catalogue. However, the content producers did not take long to discover what was going on. In retrospect, the copyright holders compelled Netflix to track down the VPN users. Remember that the consumers from the United States are allowed to use a VPN in order to get the American version of Netflix. In the quest to ban all the VPN users, Netflix would lose a lot of revenue.

Netflix had to invest in the technology that pinpoints the VPN users from overseas. Nowadays, this technology has become sophisticated. In addition, Netflix has improved security protocols. Most of the proxy services do not unblock Netflix. Fortunately, a handful of the best VPNs can unblock Netflix catalogues. Some of the best-ranked service providers have developed software that avoids detection by the security protocols. However, since the development of the security protocols is ongoing, there are no guarantees, and the cat-and-mouse game is set to continue. The servers that can access Netflix today might not be working tomorrow. As such, the secret is to keep tabs on the latest VPN on the market.

Using any of the latest VPNs will give you to most of the versions of Netflix in the world. Whether you are working through trial and error or getting help from a professional, you will discover that using VPNs is the best way to enjoy most of the shows that are not available in your country. Understanding how to use the best VPNs is the best way to watch whatever you like and improve your experience without the hassle.

0 comments on Why Are Netflix Blocking VPNs?