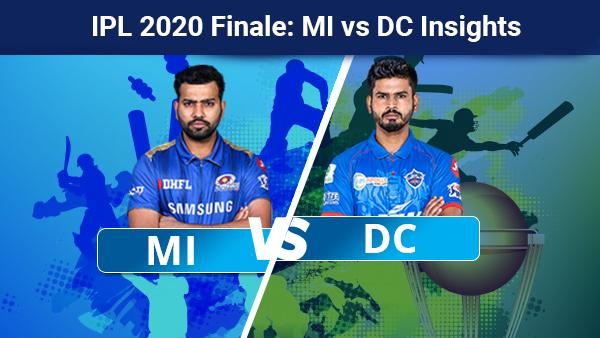 After defeating Sunriser's Hyderabad, Delhi Capitals have finally made their way to the finals where they will face the defending champion Mumbai Indians.

The finals between Delhi Capitals and Sunriser's Hyderabad will be played on 10 Nov 2020, at Dubai International Cricket Stadium, Dubai and the match will go live at 7:30 PM IST. People can watch the match on TV on the star sports network or can stream it via Disney+ Hotstar VIP.

The weather forecasts say that it is going to be a sunny day with no chances of raining at all. The highest temperature will be around 37°C to 27°C.

Mumbai Indians will play this match to win the IPL trophy for the 5th time whereas Delhi Capitals will play to win its first IPL trophy.

IPL 2020 did not receive the response it was supposed to get from the audience but still the final match is expected to get some more attention than the previous matches.

The final team has been announced and the players we will get to see playing the IPL 2020 from both sides are as follows:

The pitch will be slow and spin-friendly. It is the time where both MI and DC can rely on their respective spin stars to make the most of the conditions which will be in favor of them.

Fans of both teams have their hope with their favorite players and are expecting a see thrilling in the finale.

The Benefits of Working In An Active Job