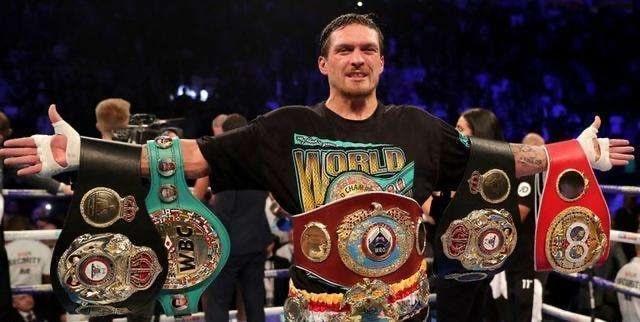 There hasn't been much in the way of championship boxing to watch during the past twelve months. There hasn't been much in the way of any sport, to be honest, but boxing has been noticeably absent from the headlines. That's understandable. Boxing is about as intimate as any sport gets in terms of physical proximity, and so with the restrictions that most of the world has been working with this year, it's no surprise that very few bouts have been sanctioned. Even some of the bouts that had already been approved aren't going ahead, and some of those fights won't be rescheduled. It now looks like what had once been considered the biggest heavyweight fight of the year is in that category.

When Britain’s Tyson Fury crushed America’s Deontay Wilder in February this year, it felt like a seismic moment in the heavyweight division. Fury reclaimed one of the world titles that he never lost in the first place before his unscheduled break from the sport. His redemption story was complete, and he’s also avenged what many observers felt was a badly-scored draw in the first encounter between the two men. In the eyes of most impartial fight fans, Fury comfortably won that fight on points. This time there was no disputing the outcome. Fury knocked Wilder down twice and then pounded him so relentlessly that the Bronze Bomber’s corner was forced to throw in the towel. In what has to be counted as one of the worst excuses for anything in the history of sporting excuses, Wilder would go on to blame the one-sided defeat on the heavy costume he wore for his ring walk.

There was little interest in seeing Fury and Wilder go at it for a third time, as Fury had nothing to prove to Wilder. However, Wilder had a contractual right to a rematch in the event that he lost his WBC World Heavyweight Championship. With that belt now around Fury's waist, Wilder is entitled to try to get it back. At first, the date for the trilogy fight was set for July 18th. That was before the global pandemic struck. From there, the date was moved back to November. There were issues with whatever date was proposed for November, so the fight slipped back again, this time to December 19th. That date seemed to hold, but more recently, we're hearing suggestions that Wilder's camp wants to move it again because it clashes with several important football games in the United States of America. Initially, it appeared that the contest would find its way onto the slate for 2021. Instead, it might be the case that it never happens at all.

While nobody other than the parties who signed the agreement can say for sure, there are rumors that Wilder’s rematch clause expires if the fight isn’t held before the end of 2020. That suits Tyson Fury just fine, as the Gypsy King had little interest in facing Wilder again anyway. At the age of 32 and still undefeated, Fury is considering his future in the sport, and at what point he might want to try to leave on a high. In Fury’s mind, the best (and perhaps only) way to do that is to have a showdown fight with his fellow Brit, and the man who holds every other credible version of boxing’s world heavyweight championship. That man is, of course, Anthony Joshua. Reports have already emerged in England that if Wilder could be sidelined, that fight might happen as early as next spring.

Any fight between Fury and Joshua is unlikely to be "one and done." Both men have world championships to consider, and both would want a rematch in the event that they were to lose theirs. If the fight happens, we expect it to be one of at least two, and perhaps even three if both men win one each from the first two. Given the fact that an average of six months elapses between each high-profile boxing matches and the fact that both competitors are now over 30, they might be the final two or three matches in the career of each man. The victor of the series will have nothing left to prove. The loser will have nobody left to fight. It would be a fitting way for Fury, whose comeback story is one of the greatest in boxing history, to ride off into the sunset.

Tyson Fury is a natural-born entertainer. He won't disappear when he's done fighting. He's already dabbled in the wacky world of professional wrestling by competing in a WWE match just Mike Tyson, the man he idolizes and is named after, did before him. The Mike Tyson brand is probably one that Fury would love to emulate. Mike Tyson has lent his name to a number of different products from action figures to casino games at online slots websites. It wouldn't take too much of a stretch of the imagination to picture Tyson Fury's face appearing on the reels of an online slots website either, and perhaps even following Iron Mike into the movie business. All he needs to do to ensure that future for himself is to make sure nobody leaves his head spinning like the reels of Fluffy Fairground in the ring between now and the day he hangs his gloves up.

That's where there might be a problem. Fury hasn't fought since February and will likely want to take someone on in December even if it isn't Joshua, purely because he needs to stay in fighting shape. Anthony Joshua has booked what looks like an easy title defense against 39-year-old Bulgarian Kubrat Pulev in London on December 12th. We've been here before with Joshua and easy title defenses, though, and even if he avenged the defeat, the fact that he lost to out-of-shape Mexican opponent Andy Ruiz jr will forever be a stain on his record. If he looks past Pulev, he could lose again. If Fury were to slip up against whomever he fights in December, that would derail these apparent new fight plans, too. That's the problem with heavyweight boxing. It rarely plays out the way you expect it to. Joshua vs. Fury can and still might happen next year, but until we reach January 2021, we think it would be a foolhardy bet to say they'll definitely meet in the ring. As for Deontay Wilder - time might be up for the formerly long-reigning world heavyweight champion unless he can make that December fight happen. 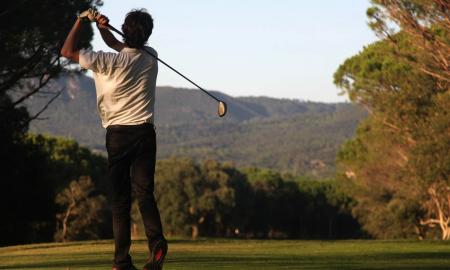