Why Fortnite's Creators Are Suing Apple And Google 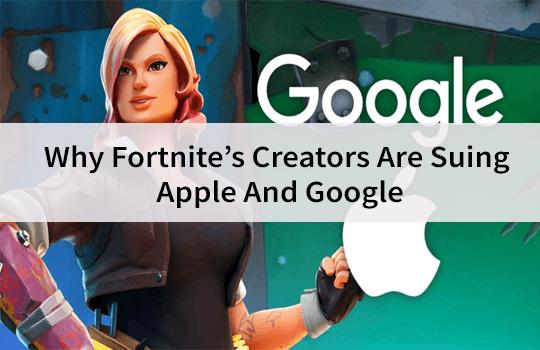 Epic Games probably had high hopes for ‘Fortnite’ when it was first released, but never in their wildest dreams could they have imagined how popular their creation would become in the fullness of time. ‘Fortnite’ has evolved past the point of being a mere video game. It’s a way of life for some people. Professional ‘Fortnite’ players rake in huge amounts of money just by playing the game and allowing other people to watch them on platforms like Twitch. The annual ‘Fortnite’ World Cup comes with a top prize of three million dollars for the winner. It’s a creation that’s changed the world of video gaming, and now it’s looking to make even bigger changes to Apple and Google. 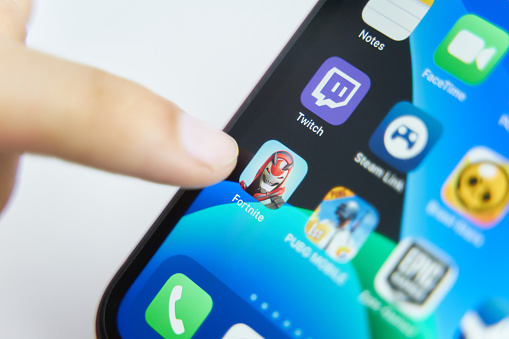 A few days ago, news broke that Epic Games has issued a lawsuit against Apple after Apple blocked downloads of 'Fortnite' from its App Store. At the time, Epic claimed that Apple had become a 'behemoth' seeking to 'stifle innovation' and 'block markets.' Apple, in response, claimed that Epic's game had been blocked from their app store because it had broken their rules about financial transactions and in-app purchases. The main bone of contention is that Apple takes a thirty percent cut of any in-app purchases made in any game bought through its App Store. Epic is unhappy with this and has recently added a new 'direct payment' system within the game that cuts Apple out of the deal. That prompted Apple to kick the app off the App Store, and Epic immediately filed a lawsuit.

If anyone at Google had been watching these developments and thinking their company got off lightly, they had a rude awakening coming. Google's Play Store works on similar terms to Apple's App Store, right down to having identical payment terms of a thirty percent cut of all purchases made through apps. Epic put the same backdoor for direct payments in the Android version of 'Fortnite' as they did in the iOS version, and Google immediately removed the app from the store. Predictably, Epic Games then filed a near-identical lawsuit against Google - possibly even one that they'd already drafted in anticipation of the removal of the app. This lawsuit felt a little more personal than the one that was filed against Apple; within its opening paragraphs, it suggests that Google has forgotten the meaning of its famous motto ‘Don’t Be Evil.’

For those struggling with the technical aspects of the lawsuit, it might help your understanding if we explore a metaphor. At a fundamental level, both Apple’s App Store and Google’s Play Store operate in the same manner as an online slots website does, in that they’re a single point of access by which multiple different games (or other apps) can be accessed. There is no charge for accessing the stores, just as an online slots website won’t charge you for logging in, but you’ll pay for any premium apps or in-game features you want to acquire once you’re in there. The sticking point for Epic is clearly the amount of money that Apple and Google are taking for the privilege. The average Online Slots have an RTP of somewhere between 90% and 97%, meaning that over time the player will win back that percentage of the money they spend on a game, and the house keeps the remainder. By taking thirty percent of proceeds from apps on their stores, Apple and Google are effectively offering companies like Epic Games an RTP of 70%. Nobody would be drawn to play an online slots game with an RTP that low, and Epic don’t think it’s an enticing rate to encourage people to make apps and mobile games for the same reason. To put it another way, they think Apple and Google are taking too much money for providing access to things that they played no role in creating.

While we won't pretend to be familiar with the intricacies of the law, it appears that they may have more chance of succeeding with the Apple lawsuit than they do with the Google lawsuit. That's because Android users can still download the 'Fortnite' app through the Epic Games app, which can be downloaded directly from the company's website if accessed through an Android phone. Some smartphone companies, Samsung, for example, also have their own alternative app stores, and the app remains available through them. Epic Games may struggle to prove that Google has created a monopoly when there are other means of downloading apps for Android phones. With Apple, though, there's no other way of gaining access to the app for players. Apple maintains such tight control of apps for iOS that it makes no allowances for other means of installing them, and so it may be hard for their lawyers to argue that a monopoly hasn't been created.

The majority of lawsuits like this have a financial goal associated with them, but Epic Games doesn't want money from either one of the companies that it's suing, as is made clear in the paperwork. Instead, it wants the courts to impose injunctions on both companies and force them to change the way their official app stores are run. In practice that will likely mean either allowing more ways for users to install apps on their phone, or reducing the amount of money they take from in-app purchases. The lawsuit is likely to be a long one, and so Epic may be hoping that it can push both companies to make changes voluntarily before the matter ends up in court.

In the meantime, anyone trying to download 'Fortnite' for their iPhone is likely to be frustrated. Despite the fact the game has been available since 2017, it still attracts many downloads each month, with two million downloads being reported from Apple's App Store in July this year. The figure for August is likely to be a fraction of that, and if nothing changes between now and then, the figure for September and every month after that is likely to be zero. Could this stand-off prompt young phone users to abandon Apple in favor of one of their rivals so they can play 'Fortnite?' We're not sure, but we imagine that question is causing someone at Apple HQ to have cold sweats as you read this.

How to Plan Your Budget When Studying for an MBA

An MBA is one of the best qualifications you can get as it is so well respected in business. Obtaining one will give you a huge numb...

Everyone understands the importance of English in India. One can enroll himself in an online English speaking course and might ...

At Bar's Locksmith, we deal with it all! Regardless of whether you're needing a vehicle locksmith in Brookline with our 24-h...