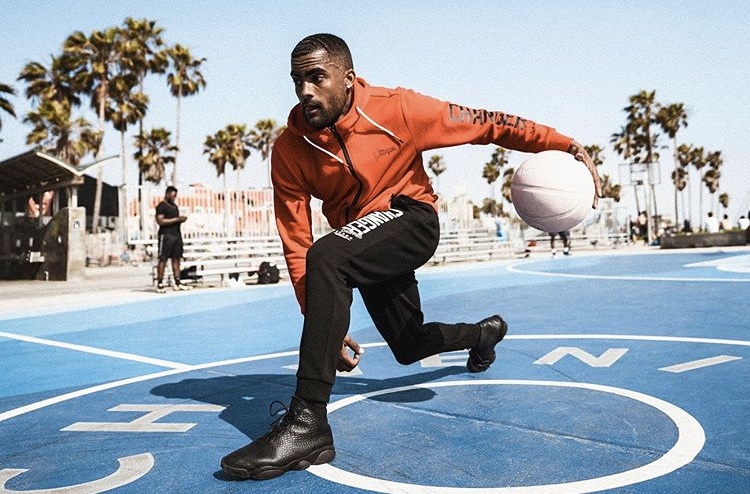 Lori Lyu’s sensitivity to fashion has been with her for as long as she can remember, an innate talent that she first noticed as a young child in China dressing up her Barbie dolls. When she first began going to school, she was sensitive to how she dressed, feeling sad even in kindergarten if she didn’t like her outfit. As she grew, she began to read a lot of fashion magazines, taking note of the popular elements of the season and the new designs by major brands. She grew up knowing that she wanted to be involved with styling in some way, never settling for anything less.

Now, Lyu is an internationally in-demand stylist and wardrobe designer, living her childhood dream. She has spent her formidable career working with major brands and publications in China and abroad, such as the popular Knives Out phone game, Nylon China, and Nasty Magazine, although she deems the highlight of her extraordinary career as working with the leading Chinese sporting apparel brand, 361° Sports, working on a commercial with Ashton Eaton, a two-time Olympic champion who holds the world record in the indoor heptathlon event.

“As a leading brand in the national sporting goods industry, 361° actively practices the culture of "love" under the guidance of the brand spirit of "love more", and constantly promotes the development of social economy, sports, and other social undertakings. No one can refuse an offer from such a famous brand. Their core competitiveness is their running shoes. In recent years, they have also launched clothing series. I'm very interested in their designs,” said Lyu.

This prolific project was a large task for Lyu, as it involved working on their entire lookbook. To begin work on the project, she put all the clothes in different categories according to their different series, then styled several looks based on the current trends and the preferences of the audience, with backpacks, hats, shoes and other accessories. She had to keep in mind that, as a lookbook, the overall feeling should resonate with the majority, rather than doing risky looks that are more reserved for high-fashion photoshoots. She wanted to create a sense of daily fashion, and match with the overall sense of a set of clothes, so that customers would want an entire outfit, ultimately increasing the size of the sale and profits. During the shoot, she made sure the clothes were in pristine condition at all times, because the shoot involved many close-up shots. As a stylist and wardrobe designer, she knows different projects require different mindsets, and as a lookbook is an advertisement for a brand, it requires every item looking perfect to catch a customer’s eye.

“When I managed the samples on set, I learned some of their concepts of design. I think that it's a very competitive brand and they have a very international perspective. Their design is perfectly integrated with downtown LA and Venice Beach, which have a strong sense of West Coast culture. This is not easy for a Chinese brand,” said Lyu.

Images from the look book were put on over 300 billboards and distributed in over 7800 stores in China, not to mention online advertising. The campaign was an incredible success, and brought in an estimated 15 million dollars for 361° Sports. Lyu’s distinct stylistic eye was crucial to such success.

“I have to admit that it gives me more ambition, and I believe that I can do better. I look forward to working with more big brands. I told my family the news, and that they would see the commercial styled by me on the billboards. My family is very proud of me and supports me unconditionally to pursue my favorite career,” she concluded.

Key Advantages of Quitting Alcohol for a Month

Which software is best for medical organizations?

5 Tips to Consider Before You Open a Business