How PubG won the hearts of millions of gamers

Mobile phone technology has undergone a tremendous change in preferences and usage. The smartphone revolution has played a significant role in Mobile gaming getting an upswing in the Indian market. India hasn't been on the list of PC gaming but now it is one of the biggest markets in mobile gaming. It is because of the explosive growth of Smartphone users in this region.

The proliferation of 4G networks and affordable phones from Chinese smartphone manufacturers like Xiomi, OnePlus, and Vivo made sure every Indian can own one device. It has indeed paved way for them to access a multitude of games.

The reduced internet tariff made possible by Jio has paved the way for many newcomers to join the gaming community. PUBG (Player Unknown Battlegrounds) is one of the most popular games in the country. It was a PC and a console game at the beginning, after which in March 2018 the game was launched on the mobile platform. It has been in the top position worldwide since then. Players who preferred a new flavor in gaming tried out PubG as it provided the players an experience they never had.

It is said that 73.4% of PUBG players are using the mobile version. The game is free for mobile users but paid in PC which automatically increases the mobile user count. It is a battle royale genre. The concept of battle royale itself is new to Indians, who are not hesitant to try out new genres.

The last person to stand on the field will be declared the winner. It is all about how you survive the battle and overcome the obstacles. This game is a big hit among youngsters as this is a multiplayer online game and it has the content to impress youngsters for a long time play.

In India, PubG is right up with strategy games like Classic rummy, Poker, Teenpatti and other card games which Indians love. Despite the overwhelming popularity of games like Rummy and Poker among Indian youth, PubG managed to impress them both and have made rapid inroads into the gaming territory. Unlike its competitor Fortnite which by the way is not available in Android, the PubG app is available for free in Android.

Indians generally are very reluctant to spend on games. However, they do spend when there is a guaranteed return available on it like they do with the 13 card rummy game online or for a scope of prestige. The makers of PubG made it available free with an option to do in-app purchases.

Because of the intriguing nature of the game, a lot of Indians who were initially smitten by the game-mechanics later went on to make in-app purchases.

When games were popular only in the urban centers, PubG went a step ahead and made the unthinkable of achieving popularity even in Tier 2 and Tier 3 cities.

The concept was similar to Counterstrike which was another popular game among Indian gaming audiences, but the weapons, player specification and gaming locations of PubG impressed users to a large extent. Simple it may sound, from the moment you are parachuted off into an island, the stakes dramatically increase. The game is all about survival and players have a choice of sneaking in somewhere in the play area to avoid confrontation or take the enemies head-on, though at some point in time you would have to counter the enemies anyway. The UI and the special effects were surrealistic for a free game. The game mechanics were quite advanced for its genre which was instrumental in creating its own identity. Be it the weapons used, characters or the location, they are heavily inspired by real life.

Another reason for its huge popularity is the constant updates that create new gaming experience for the users. The game is frequently updated with new clothes and accessories, new weapons and new maps thereby adding variety. At no point, the users are bored as they are constantly presented with various challenges.

The huge popularity of the game fetched it several accolades. The game stamped its authority by winning 3 major awards given by Google Play

The popularity of the game has been unrivaled in several countries. A lot of game development companies have been trying hard to displace PubG from its top position with its products, but none of them managed to do so. The arrival of special PUBG joystick has made game controls easy and has raised the gaming experience up by several notches. Several events hosting PUBG contests are organized around the world which indirectly promoted the game within the community. One of the main reasons for the huge popularity behind the game is the frequent updates the users receive that includes new maps, new accessories and even clothes. This not makes push the gearbox up, but it also adds variety to the game. There are tutorials, tips and tricks and so much out there that one feels a part of the PUBG Mobile family.

The game does have its share of criticism. PubG is deemed as very addictive and also seems to promote violent behavior among youngsters. Despite the accusations, PubG is going strong in several countries.

With no other games matching up to PubG in terms of content and game mechanics, PubG is set to rule the remainder of this year as well. 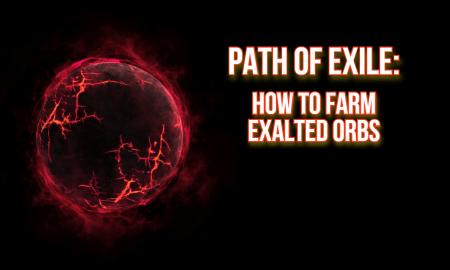 Exalted orbs are yours for the taking! Though some players tend to look down upon farming as an in-game activity, there’s r... 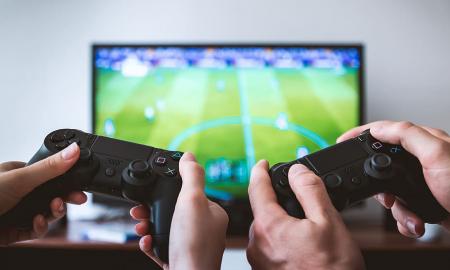 How to Make an Elderly Parent's Home Fall-Proof

How to Deliver Unmatchable User Experience through Mobile App Testing?