Artificial Intelligence to beat Humans at Creativity – A Possibility or hype 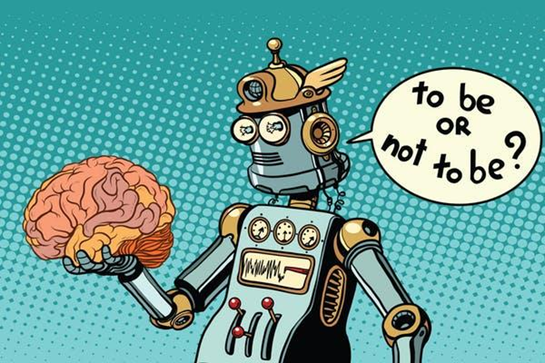 A lot of has been said and a lot has been seen in the past few years. We all will agree that today not one person lives a life without the interference of a bot or without the influence of Artificial intelligence in their life. In fact the hit television series ‘Black Mirror’ has shown to what extent AI can take over and rule human life. Our elders always used to say that too much of anything is always harmful.

With more and more people now relying and depending on technology and AI, is it somewhere possible that AI will take over the human clan? Since a lot has been demonstrated and shown in series and movies, one more reference I’d like to make is of the Netflix original ‘Gen Next’. Now, this was an animation movie which changed my perception of all the AI advances. As we humans become so depended on technology for almost everything, what will happen when there comes a time that the machines will replace all human feelings and emotions and actually dominate us? Or for that matter what will one do, when the machines that were made with a lot of human intelligence, and were meant to make our lives easy, overthrow a thousand billions of the human world?

Researchers already predict that by the year 2030 this automation lead by AI will claim 800 million jobs worldwide! Now, if this number doesn’t shock you I don’t know what will? When we look around us, we will realize how much AI exists. We no longer remember numbers because we have our mobiles, we no longer need to calculate things because of calculators, we don’t need to get up to switch on the radio to listen to music because we have Alexa, and most of all we don’t read books anymore because of the Kindle screens. Just within a few years, AI has already replaced some of the most important and basic things in our life, and that is scary! 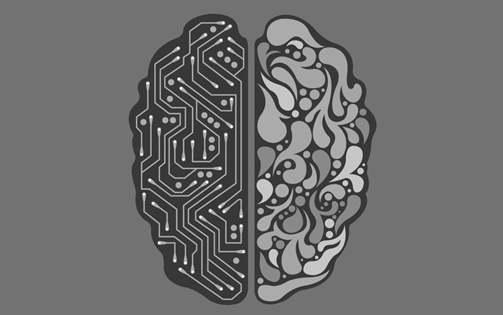 However, if we were to look at the slightly brighter side there is the ultimate characteristic of human creativity which actually makes a human so unique. After all, let’s face it that most of these inventions today are a result of somebodies creativity. So, will AI technology ever be able to supersede a human when it comes to creativity? This is what I have to say!

AI WORKS ON ALGORITHMS: Let’s see, well isn’t it true that it was us humans who put together technology and AI devices? As we did this we realized that the operating base and foundation of any AI device was on algorithms. And, who is it that came up with these algorithms? It won’t take much time to answer this question! Till date, every device and AI component can only work on given commands, which give a very set end goal. For something that gives an output only based on the input of binary X and Os, it is very highly unlikely that it will get a mind of its own and start creating things. Whatever it creates is because humans have programmed them to create. Any AI based device will only operate and understand the algorithm language, which again will only be inputted by a human.

THEY HAVE IT ALL, BUT NO COGNITIVE ABILITY: Yes the AI devices and tools are fast, they are accurate and they are efficient, but do you know the one thing they lack? Well, they don’t have a brain of their own. This is one of the biggest reasons why no matter how fast and accurate AI gets, it will never be creative. The human brain has the cognitive ability which is why it can think and then adapt and invent things based on the needs.

THEY ARE ONLY AS GOOD, AS THE HUMANS OPERATING THEM: Be it a missile, a spacecraft, a mobile or a computer, the kind of productivity and its usage can only be defined based on the person using it. There are some who would use it to create things, and some may use it to destroy and inflict pain. The point here is that a bot or an AI device will not be able to differentiate between good and bad, because it has no emotions. Any AI scores really low on the Emotional Quotient parameter, which is why they will get only as creative as the person operating them is.

HANDS ARE THE SOUL OF ALL CREATIVITY: No matter how detailed and intrinsically the scientists have created the robots close to what the humans are, the fact is that they are far from replicating the complexity of the human hands. They may seem high tech, but the bot's hands are still very clumsy and can’t operate as well as the human hand does. We all admire the beautiful brush strokes in a painters painting, and we also admire the penmen skills of the calligraphy writers. It takes fineness and precision to come up with creativity like that, which is why it will take a lot many years till the time the robots can be given skilful hands like ours.

It is true that in the recent past the face and feel of AI have changed tremendously. We are surrounded with technology and there is no way of living life without it (or is there?) With the industrial biggies like Elon Musk building flying cars and claiming that robots will take over all mankind, it is time that we slow down and recapitalize on our human strengths. Remember that it is we who built them and if we want we can control our decisions which will give them the opportunity to overtake mankind.

For now, sit back and enjoy the luxuries that the bots and AI provide. For it will be a really long time until robots get the ability to look, think, act and create like we humans do!

James is a writer, blogger and an education freak who keeps on exploring the education industry. He is currently working with GoAssignmentHelp from past few years and has been indulged into delivering high-quality ‘my assignment help’ service to students. Connect with him through LinkedIn for his latest updates.

Your vote matters to us
Reviews are private.
Interest:
Writing:
Analysis:
Fairness:
Comment


Hello There. I found your blog using msn. This is an extremely well written article. I'll be sure to bookmark it and come back to read more of your useful information. Thanks for the post. I'll definitely return.