Where does legal marijuana go from here? For a good while, the answer looked like it was “anywhere it wants to.” More and more states were legalizing it for recreational use, and a majority of states made it legal for medicinal purposes. Polls showed that public acceptance continued to tick upwards as time passed. Sure, marijuana was illegal for all purposes on a federal level, but surely that would change soon, right? Surely the federal government couldn’t ignore the slow march of history forever? Well, it turns out they could. The presidential election of 2016 put a (sort of) Republican president in power in the form of Donald Trump. Then Trump named Alabama Senator Jeff Sessions to be his Attorney General, and things really got complicated.

The states have always had an uneasy relationship with the federal government. The Supremacy Clause in the Constitution states plainly that if state and federal law are in conflict, federal law wins. The whole of the nation matters more than the individual parts. However, states are still given quite a lot of leeway to run things how they see fit. Sometimes the federal government will look the other way while some states do things that don’t necessarily thrill them, but aren’t enough for them to really bring the hammer down. Think of the federal government in Washington, D.C., as the parent, and then think of the states as their occasionally rebellious teenagers.

That brings us to the Obama administration. It decided to basically look the other way as state after state made weed legal, and as states like Colorado started taxing it and selling it through weed shops. The Cole memo of 2013 basically told states, “We won’t go after you, but you better enforce all those state regulations about pot.” The Cole memo wanted states to make sure minors didn’t get weed, and it didn’t want the legal marijuana industry to have any associations whatsoever with drug cartels. After it was issued, federal marijuana prosecutions declined but didn’t go away completely. But Sessions didn’t like that, and he has called marijuana dangerous on more than one occasion. So he repealed it, and now federal prosecutors have a lot more leeway in how to approach marijuana prosecutions.

Marijuana stocks didn’t respond well to the news, and neither did those involved in the legal marijuana business. Even so, California shops just started selling legal recreational weed on January 1. As of this writing, there have been no known raids of legal weed shops by the feds, but that could still change. Medical marijuana is considered a safer bet than the recreational stuff right now, but in general the business is dealing with a yellow light after years of having nothing but green lights. If you’re thinking of investing in cannabis stocks, consider medical marijuana stocks first, or maybe just wait a bit and see how this all unfolds. Who knows? Maybe the threat of a crackdown will change the legal outlook. 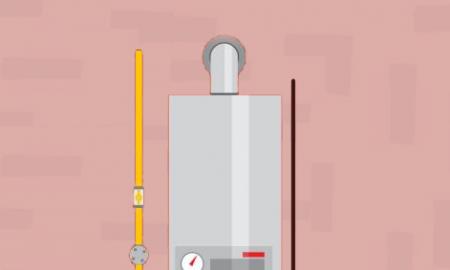 It is becoming somewhat more and more popular for people to choose to install a tankless water heater for their home instead of the ...