After Losing at the US Open, Fashion Is Serena’s New Calling

On Monday, 5 September 2016, Serena Williams made a splash on the HSN show by revealing her latest clothing range. The tennis ace was recovering from losing her #1 ranking to Karolina Pliskova during the semifinals of the U.S. Open. But that didn’t stop the world’s most successful female tennis champion from gracing audiences with her fantastic clothing line. Many fans were surprised that Serena could even pull off the double header in the first place. She was prepping for New York Fashion Week with her runway show and readying for the semifinals of one of the world’s most prestigious majors.

Serena Williams’ latest clothing line included 42 items with a top price of $700 and $30 at the low end. All of her clothing items were available for purchase on HSN.com. She received plenty of praise from leading fashion gurus such as Tommy Hilfiger who also offered a ready to buy collection recently. According to Hilfiger, ‘… It’s the way of the world… We’ve got to go there…’. This marks the third time that Serena Williams has featured on HSN.com. Williams is big on women’s achievements, and she readily praises women for all of the incredible things they do such as sitting in boardrooms and giving birth. According to Williams, ‘I want to praise every woman…’.

Work or Fashion – it’s All Work to Serena Williams

The Williams sisters are both involved in fashion. Venus Williams also has a clothing line named EleVen. At the New York Fashion Week show, various other high-profile celebrities were in attendance including Anna Wintour of Vogue, Caroline Wozniacki, and Ciara. Interestingly enough, both Williams sisters were introduced to fashion at an early age when their mother encouraged them to make clothing items and sew them together. Anna Wintour has been a rather demanding force on Serena Williams with the fashion shows. But for Williams it’s all about how she can improve upon what she’s doing and not merely receiving praise for what she’s doing right.

Serena Williams is currently ranked at #2 in the WTA tennis rankings. In top position is Angelique Kerber from Germany, and in position #3 is Garbine Muguruza from Spain, followed by Agnieszka Radwanska from Poland. In terms of points, Angelique Kerber is on 8,730 points, followed by Serena Williams on 7,050 points, Muguruza on 5,830 points, Radwanska on 5,815 points and Halep on 4,801 points. Despite having dropped a position to #2, Serena Williams is no mug with the tennis racket. For the year-to-date she has won 2 WTA singles titles and 1 WTA doubles title. In her career, she has 71 WTA singles titles to her credit and 23 WTA doubles titles to her credit. In terms of overall prize money in her career, she has racked up $81,758,451. He singles win/loss ratio is 775 – 129, and her Doubles win/loss ratio is 185 – 31.

Fans around the world have often wondered how Serena Williams hits her lucky straps on the court. For Williams, superstition plays a big part in her game. She readily admits to having many superstitious rituals, and while it annoys her at times, she believes that she has to fulfil them otherwise she will lose. One of her most unusual rituals is that she will continue wearing the same pair of socks when she is on a winning streak and she won’t even wash them. Of course, now that she has lost the semi-final of the U.S. Open in 2016, she’s probably got a fresh pair of socks on her feet! 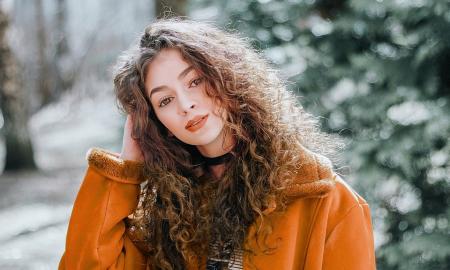 How to Tackle Personalized Fashion

Tackling personalized fashion can sometimes seem so overwhelmingly challenging due to how everyone else on the Internet is poi...

How to Get a Fabulous Look by Stylish Haircut

How to Get a Fabulous Look by Stylish Haircut

Lookiing for a stylish haircut then come with us to make you more stylish with awesome ideas of different hairstyles, diffe...